Some new polls are out and the AFCA poll has us moved up # 8 and the d2football.com poll has us up to 16th. A lot of people are upset that we have moved up but all I can say is that we played the hand we were dealt and played it well. That is all I care to say. Now, on to Delta State.

Just so everyone knows, the consensus is that Delta State is going to beat us, and some say handily. DSU opened their season with a 50-29 win over Kentucky Wesleyan in Cleveland, MS. Now, DSU blitzed KWU by running out to a 36-0 start, only to have KW mount a furious comeback and pull within 14 before a Statesman score sealed the deal. Truth be told, DSU is a good team that can run and throw the ball well. They do not commit to just one method of attack but use both air and ground to score. DSU is also a tremendously athletic group. I guess we can see how this is going to work out, but I see a hard nosed game and both sides are going to fire everything they can at each other.

Last year, the sting of the last second loss still lingers, and DSU knows it. Bad clock management on the Lion’s end mixed with awful calls at the critical junctures of the game cost the Lions, but make no mistake about it, DSU knows what is coming. The only question is who wins this one. If Division II has a game of the week, this one is it.

Tomorrow we will break down Offense vs. Defense and compare our season opening win to that of the Statesmen’s. 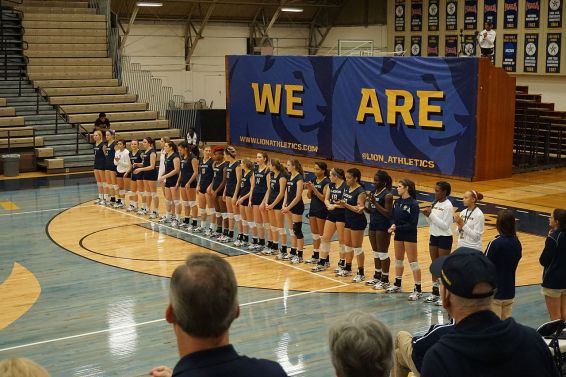 Congrats are in order to Senior Defensive Specialist Ashley Mireles for notching LSC Defensive player of the week. The Senior from Georgetown, TX leads the conference in digs after the opening weekend of action. At 105 digs, she is one of only two players in the conference with over 80 digs and her 6.18 digs per set leads the league. Her 37 digs in the five-set win over Newman also included 8 digs in the first and fifth sets and 9 digs in the second set. She also had 10 digs in the first set against Harding. The Lions are currently at 3-1 for a solid start to the season. Congrats to HC Craig Case and of course to Ashely for her solid play.