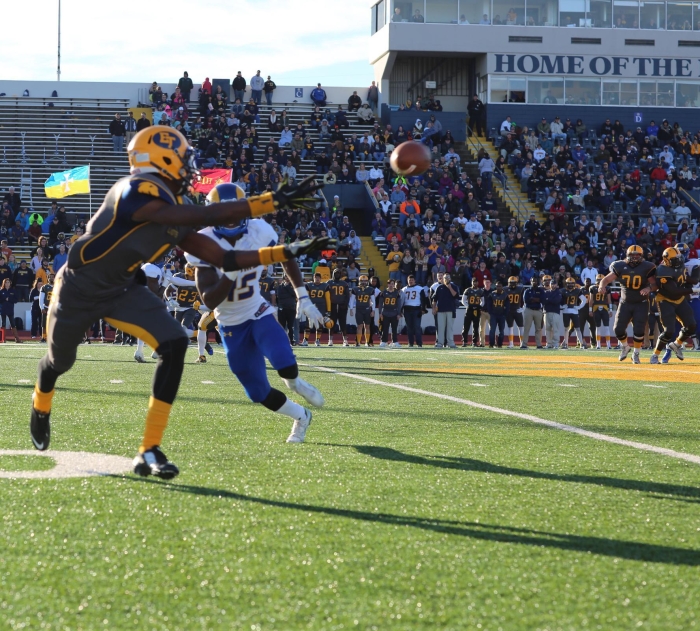 Greetings, Lion fans, we’re down to the final game and final home game of the 2018 regular season. It’s all gone by in a blur. We here at The Wire have enjoyed tracking the season so far, and hope that we have another six weeks or so to cover. It all begins with this week’s opponent, the Angelo State Rams. Let’s take a look.

OVERVIEW-The official schedule of Division 2 has the playoffs starting next week. For the Lions, it begins now. The objective is simple:Win and we’re in. Who’s standing in the way? The Angelo State University Rams.  The Rams have had a long history of spoiling the Lions postseason aspirations. In 1979, a controversial one point loss prevented the Lions from a share of the Lone Star Conference championship. In 1980, a tie cost the Lions a precious seeding advantage that could have avoided the heartbreak against Elon College, and propelled the Lions to the NAIA title game.  All time Lion great Billy Minor has detailed his experiences with the pesky Rams in his Five Minor Thoughts column.

What makes this week’s game even more complicated is the Rams firing their head coach, Will Wagner this week. How do they respond? Do they roll over and play dead? Or do they play like they have nothing to lose an intensify their efforts to continue their history of derailing Lion playoff hopes? The bet here among The Wire staff is on the latter.

CAST OF CHARACTERS- The Lions are led on offense by junior transfer Kane Wilson, with 106 completions in 171 attempts, with 4 interceptions for 1,415 yards, and 9 touchdowns. He also has 9 touchdowns rushing.  He has been the engine of a Lion offense that has struggled at times this year.

Carandale Hale is the leader of  a surprisingly potent Lion rushing attack, with 103 carries for 559 yards and 5 touchdowns. Ovie Urevbu has been a capable fill in for an injured EJ Thompson, contributing 83 rushes for 520 yards with three touchdowns. Redshirt freshman Nate Davis has been a pleasant surprise, with 37 rushes for 183 yards, and two touchdowns.

The Rams, while being undersized on defense, have shown a flair for turning their opponents over with 17 interceptions. They are led in tackles by linebacker Grant Aschenbeck with 100 tackles (34 solo), Kyle Hunter with 96 tackles (38 solo), and defensive end Markus Jones with 73 tackles (45 solo). Hunter also leads the Rams in interceptions with 4.

Markus Jones has been a real force on the Ram defensive line with 15 sacks so far. Defensive tackle Jake Ray also has 5 sacks.

CLOSING ARGUEMENTS- One game. 60 minutes to get the Lions to where they want to go.  They have a size, speed, and talent advantage, but make no mistake-this Ram defense, while undersized, turns their opponents over, will get after the passer, and are stout against the run.

It’s time to put it all together. Time to eliminate the distractions, the background noise, and the history, and focus on one thing. Win one play at a time, one series at a time, one-quarter, and one half at a time. Hit the Rams fast, hit them early, and don’t let them hang around.

In a season full of big games, this is the biggest one yet, Lion fans. 60 minutes to decide a trip to the playoffs. It’s time to unleash the beast.

On a day that promises to be one of those cool, clear, magical afternoons in Commerce, America, let’s pack The Hawk, Lion fans. This one has a chance to be really special.

See You At The Hawk.