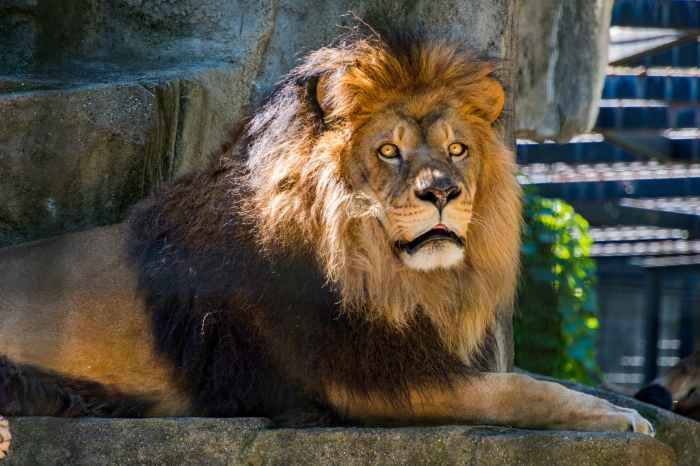 Photo by Tina Nord on Pexels.com

Greetings, Lion fans, it’s time to take a look at what has been the star of the A&M-Commerce season so far…the defense, and their matchup this week with the Angelo State Rams.

OVERVIEW- The Ram offense presents a very stiff challenge to the Blue Gang this week. Very balanced, and averaging a little over 450 yards per game, Angelo State is not particularly explosive, but they do move the ball very well.

The Lions, simply put, have been lights out on defense this entire year. Wins against William Jewell, Eastern, Midwestern, and UTPB all have come on the shoulders of a supreme defensive effort by Scott Power and his crew. They set a school record, and one of the three best in all of college football this year, holding UTPB to minus 69 yards rushing, while recording 9 sacks. That’s not a misprint…that’s minus 69 yards rushing. On an evening where the offense was struggling mightily, the defense rose up and shut down a pesky Falcon team.

CAST OF CHARACTERS- The Lions continue to be led in tackling by senior linebacker Brucks Saathoff, with 82 stops (42 solo), followed by junior linebacker Mark Westbrook with 57 tackles (39 solo), and Neema Behbahani with 52 tackles (25 solo). Michael Onoha is a constant threat to opposing passers with 6 1/2 sacks, followed by Pierre Leonard with 4. The Lions have shown a tendency to turn their opponents over and score, with three defensive touchdowns in the past three games.

The Rams are led on offense by junior quarterback Payne Sullins, with 130 completions in 226 attempts, for 1,923 yards, 14 touchdowns, and 8 interceptions. He also has 304 yards rushing in 96 attempts with 2 touchdowns.

Tyrese Nathan is the leading rusher for the Rams, with 909 yards in 99 attempts, with 6 touchdowns.

The receiving corps is led by junior Lawson Ayo, with 50 grabs for 897 yards and 7 touchdowns. Redshirt sophomore Keke Chism had 61 receptons for 764 yards, and 5 touchdowns. Sophomore Tashani Bibbs has 30 catches for 373 yards with 2 touchdowns.

The Lions, despite the aberration of last week, continue to dominate the special teams game. Tristan Perry averages 41.2 yards per punt, while Kristov Martinez is 12 of 17 field goal attempts.

Where the Lions excel is the return game. Lone Star Conference teams simply refuse to kick the ball deep to Reggie Kincade., who averages 38.7 yards per return, with 2 touchdowns, and a spectacular 105 yard return against Tarleton State. Dominique Ramsey continues to thrill Lion fans with 25 returns, averaging 11.6 yards per.

The Rams special teams consist of punter Gabriel Gridley with 38.8 yards on 61 punts. Connor Flanigan is 16 field goals in 21 attempts. Tashani Bibbs is the Rams leading punt returner, with a long of 60. Larry Johnson is a very dangerous kick returner in his own right, averaging 36.6 yards per return with 2 touchdowns and a long return of 94 yards.

CLOSING ARGUEMENTS/FINAL VERDICT- The playoffs for your Lions begin now. Win, and we’re back in the playoffs. The Lions are poised for a deep playoff run, given that they can fix their offensive woes. The objectives largely remain the same: 1. Protect Kane Wilson, and let him loose. 2. Continue to run the football effectively. 3. Eliminate the silly mistakes (pre snap penalties, unsportsmanlike conduct, etc.), and 4. SECURE THE FOOTBALL.

The Rams will be a challenge this week, despite the upheaval of losing their head coach. They are big on offense, well-balanced between run and pass, and despite giving up almost 400 yards defensively, will get after the passer, and have a ball hawking secondary. They also have displayed a nasty habit of derailing the Lions postseason plans dating as far back as 1979 and 1980.

It’s important for the Lions to strike fast, strike early, and not allow the Rams to hang around. This is a winnable game. Just take it one play at a time.

It looks to be a beautiful day this Saturday. A magical one. A winning one.

See You At The Hawk