A LOT TO GET TO, and sorry for the delay.

A huge congrats is in order for Coach Craig Case and his netters as they are currently 23-5 overall, second in the Lone Star conference, ranked 21st in the nation, and 2nd in the first round of regional rankings for the NCAA tournament. If the Lions hold on, and they should, this would be the first time in almost 30 years that a Lion Volleyball squad went to back to back NCAA tournament appearances. Only Tarleton State is ahead of them in the NCAA South Central Rankings. The Ladies head out West to close out the regular season against Eastern New Mexico Friday Night, and then finish it off with West Texas A&M Saturday. The LSC tournament is the week of the 8th, and then the NCAA tournament starts Friday, November 16.

The Lady Lions of TAMUC Soccer take the pitch Wednesday in Commerce in the first round of the LSC Soccer tournament. If the Lions take down 5th seeded Eastern New Mexico in Commerce, they will have top seeded West Texas A&M in the Semifinal on Friday, and should they beat West Texas, they will play in the championship game on Sunday in Canyon. That is the only way the 9-7 Lion Soccer team can get to the postseason is by winning the conference tournament and receiving an at large bid for the NCAA South Central Tournament. Let’s pull for them this weekend and hope for some of that Neil Piper magic.

The Men’s Cross Country team picked up a 2nd place finish overall at the San Angelo Cross Country Classic, last Tuesday, while the Women took 3rd at the same meet. The Lone Star Conference Championships will be held this Saturday in Canyon at The Range, hosted by West Texas A&M. The South Central Regional Meet will November 17th in Denver for those who qualify. The NCAA National Meet will be December 1 in Pittsburg, Pennsylvania. 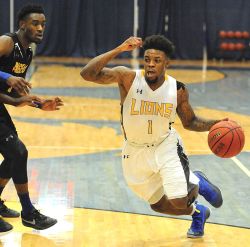 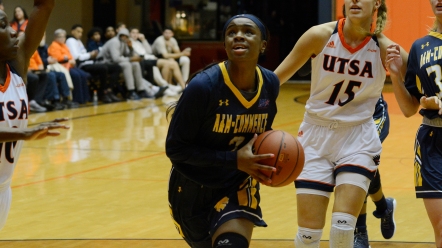 The LSC preseason picks are out for Basketball season.

Jason Burton’s squad returns All-American Princess Davis and returning starters Agang Tac and Jocelyn Pierce. The Lions begin the season on Nov. 9 against Colorado State-Pueblo in Lubbock as part of the LSC-Heartland Challenge. The team will then face Metro State on Nov. 10 and Lubbock Christian on Nov. 12. The Lions’ first home game will be on Friday, Nov. 16 against St. Edward’s.

Things have started out pretty well for Jaret Von Rosenberg in only his second season. Picked to finish 1st after a 22-9 season and a second round visit in the NCAA Tournament, the Lions kick off their season with the Preseason MVP in Reggie Reid retuning along with Willie Rooks, Trey Conrod, and Srdan Budimir. The Lions tip off their season in Lawton, Oklahoma as part of the LSC-Heartland Challenge against Oklahoma Christian, and then face Newman University in game two.

After their 41-16 win over West Texas A&M, the 7-2 Lions have moved up to 16th in the latest AFCA Coaches Poll nationally, and more importantly, 6th in Super Region 4. The next game for the Lions is Texas-Permian Basin Saturday in Odessa. Stay tuned this week for a look into that game and the remaining two games as well.