Sunday one of the largest events in the known world happens, the annual game that just about everyone watches, regardless of if their team is even playing. The 54th Super Bowl will be played at Hard Rock Stadium in Miami. The San Francisco 49ers will try to join an elite group of teams that have won more than 5 Super Bowls, joining New England and Pittsburg and passing the beloved Dallas Cowboys. I don’t really have a dog in this fight as they say, but I will be rooting for Kansas City for a few reasons. Reason one, I hate San Francisco being a Dallas Cowboys fan and remembering the hard hitting and broken bottle brawls the Cowboys and Niners had during my growing up years in the 1990’s and early 2000’s. Second Reason is that Kansas City has some great fans and has a noise level that surpasses even the hardest and loudest rock concerts, and finally because if the Chiefs win and their Quarterback, Tyler area native and Texas Tech alum Patrick Mahomes takes home the MVP award, he will be one of only a handful of native Texans who have won a Super Bowl MVP award. Also, Texas Tech will join only 3 other Texas Colleges who can say an alum was the MVP of the biggest Football game on the planet. Denver Bronco and Texas A&M’s Von Miller bagged the honors in 2016 for his dominating performance against a potent Carolina offense, former Dallas Cowboy and TCU Horned Frog Larry Brown snagged 2 huge interceptions en route to winning MVP honors in 1995. On a personal note, if that happens, My Dad and myself (TAMUC Grads), my youngest brother (a Texas A&M grad) and my younger brother (Texas Tech grad) can all say that we have Super Bowl MVP’s who played for our Alma Maters. That would be pretty cool to me.

Before all of that, in Super Bowl XII, East Texas State Lion Harvey Martin, who had won a National Championship with the Lions 1972 squad snagged MVP honors along with Randy White, leading the Cowboy defense to a 27-10 win over the Denver Broncos. So, the little school on the Blackland Prairies of Northeast Texas has the distinction of having the first Super Bowl MVP from a Texas University. Rare company indeed. However, Martin was not the only Lion to play, coach, or even officiate in these games. Multiple players have played and and won rings. So, here is some Lion Super Bowl History for some of the great players that played in the games and won and officials and coaches as well.

Chad Brown was an All-American, All LSC performer and Conference Champion for Coach Ernest Hawkins from the 1966-1968. He went to the NFL as a player briefly playing for the Pittsburg Steelers, Houston Oilers, and New Orleans Saints. After that stint, he became on the top officials in the NFL. He umpired in Super Bowl XXXV and also Super Bowl XLV. Brown was a true trailblazer in NFL officiating. He passed away in 2016 after a  lengthy illness.

Larry Nemmers never played college football, showing his brain to be his biggest muscle. An Iowa native, he graduated in 1965 with a degree in Biology but came to Commerce, Texas for two years to attend graduate school at ETSU, graduating with a Master’s Degree in Physics and Chemistry. A Science Educator by profession, Nemmers started officiating for the NFL in 1985 and officiated Super Bowl XXV. He officiated numerous notable games including Emmitt Smith’s record breaking rushing game. Nemmers is now retired. 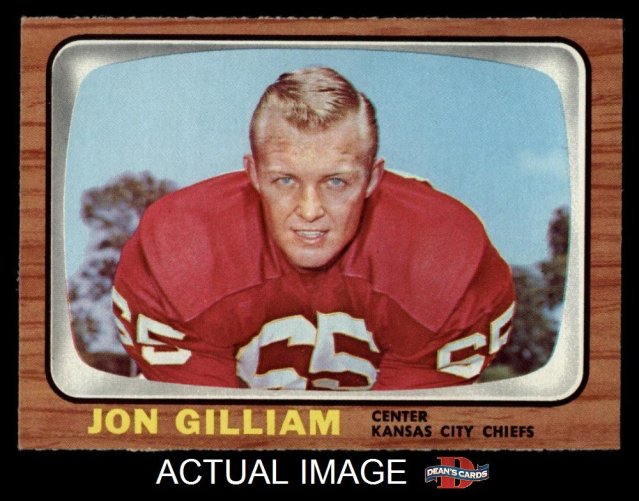 Jon Gilliam started his college career at Oklahoma A&M (now Oklahoma State University), but transferred his final season to play, and start, for the 1957 East Texas State College Lions. A starter on the Lions Lone Star Conference and Tangerine Bowl Championship team in 1957, Gilliam was drafted in 1958 and actually won an AFL Championship in 1962 and 1966 and was an AFL all star in 1961. He played in Super Bowl I in 1967, where his Chiefs lost to the Bart Starr led Green Bay Packers.

Autry Beamon is one of the greatest Lions to ever don the Blue and Gold. An All-American, National Champion, and 4 time All-LSC First Team selection, he tasted success and a lot of it in Commerce. Beamon was drafted by The Minnesota Vikings and played in Super Bowl XI, as the Vikings lost to the Oakland Raiders. 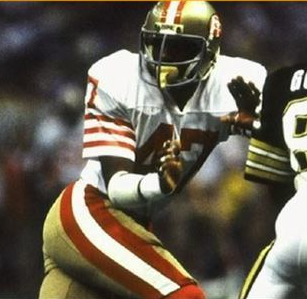 Collier was a two time First Team All LSC Pick and won a National Championship as a Freshman. Collier went into the NFL and contributed. Collier was a member of the Super Bowl XIX Champion San Francisco 49ers, but was injured during the Super Bowl and could not play due to his injury. Nevertheless, he played on some great 49er teams in the mid to late 80’s and got his ring, despite his bum luck with an injury that kept him out of the game.

The greatest Lion of them all needs to introduction to Lion Football fans. All-American, All LSC, and a college National Champion, Martin played in two Super Bowls, but it was his performance in Super Bowl XII and his performance with Co-MVP Randy White that won the game for Dallas and shut down Denver’s high octane offense. Martin became the first player who played college football in Texas to be selected as the Super Bowl MVP, putting Commerce, Texas firmly on the College Football map. 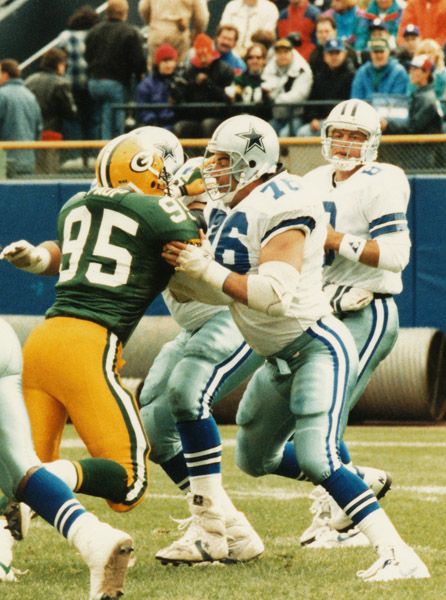 Veingrad was another Lion that few need introduction to. All Conference and a Conference Champion in 1983, Veingrad went to the NFL in 1985 and was picked up by the Dallas Cowboys in 1991 and played during the 1991 and 1992 season. Though he was declared inactive due to injury, he capped off his career watching the Cowboys win a Super Bowl in 1992, but was an important part of the Cowboys line that protected Troy Aikman and made holes for the great Emmitt Smith. Veingrad retired after the Super Bowl win.

Walton was a 3 year letterman in Commerce and was All-American, along with being a Conference Champion. Walton was drafted in 1968 and was an integral part of an offensive line that protected Joe Namath. Walton started every game in 1968 season, but for some reason unknown only to then Jets coach Weeb Ewbank, Walton was benched for the Super Bowl game, but did get to play in some snaps, but had his starting spot taken away. Walton only played for 2 more seasons before leaving Football, and tragically passing away at the age of 59 in 2002.

Dwight White is another elite Lion with a usual resume. Conference Champion, All-American, All LSC, and overall known as an all time great Lion.White won 4 Super Bowls in his career. Though he was not an MVP, he did record the first safety in Super Bowl history. A member of the feared Pittsburg Steelers “Steel Curtain” defense, White was a dreaded defender and earned all 4 of his rings, even playing one Super Bowl game and starting one day after being discharged from the hospital for Pneumonia. They didn’t call him “Mad Dog” for no reason.

Another Lion that needs no introduction, one of the best 3 Quarterbacks to ever play in Commerce, who was from Commerce, Wilson had a solid NFL career but as he was heading into his late 30’s, became a reliable backup to younger quarterbacks. Wilson joined the Dallas Cowboys in 1995, and just in time. He was the primary backup to the great Troy Aikman and played at multiple times during the season and started some games due to Aikman’s concussion problems. Wilson finally got his coveted Super Bowl Ring as the Cowboys defeated Pittsburg in Super Bowl XXX. Wilson also coached in Super Bowl XLI for the Chicago Bears.