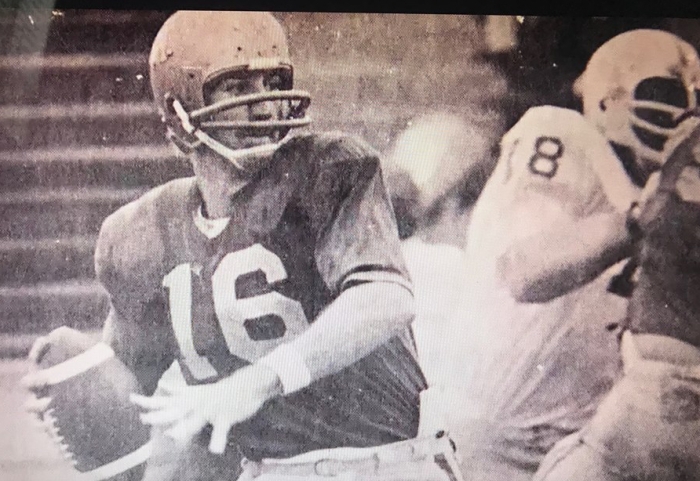 “Winning isn’t the only thing, but making the effort to win is.” Vince Lombardi

And that’s what it’s about right now, Lion Fans. Three games. West Texas A&M, UT-Permian Basin, and Angelo State. Three wins, and your Lions are playoff bound once more. It’s not about a Lone Star Conference title. Conference titles are nice things to have, but as we have seen last December, it’s the big piece of hardware that will be handed out at McKinney ISD Stadium that matters. We all know that the Lions went into the playoffs by the skin of their teeth last year, then got on the hot streak of a lifetime. The Lions are well positioned for a deep playoff run, given that the offense fine tunes itself, and the defense continues to play at a championship level.

OVERVIEW-Last week, the Lions defeated Western New Mexico 55-7, while West Texas A&M dropped the traditional Wagon Wheel game to Eastern New Mexico, 28-0. The Lions hold an edge offensively, and the defense chiming in with some turnovers and big plays seem to be peaking at the right time.

The Buff defense, while giving up almost 400 yards per game, have relied on the turnover, producing 11 interceptions and 4 recovered fumbles. In the turnover matchup, the Lions are at a -5 disadvantage. There are points to be had here, given that Wilson & Co. can get on the same page and eliminate or limit the silly pre snap penalties, protect the passer, and maintain what so far has been a surprisingly deep running game.

CAST OF CHARACTERS-Kane Wilson has taken over the offense and made the quarterback position his own. Although seemingly struggling with decision-making at times, Wilson so far has completed 75 passes in 127 attempts for 1,079 yards, with 4 interceptions, and 8 TD’s. He also has scored 6 touchdowns rushing.

Carandale Hale leads all Lion backs in rushing with 88 attempts for 432 yards and 3 touchdowns. Much like the Lion receiving corps, the wealth is spread around. EJ Thompson is 62-295, with a TD, Ovie Urevbu 36-264 and 3 touchdowns, and Nate Davis has 143 yards and 2 TD’s.

Marquis Wimberly leads Lion receivers with 44 catches for 603 yards and 6 touchdowns. Ryan Stokes has been a pleasant surprise with 21-357 and 4 TD’s. Chance Cooper has 18-211 with a touchdown, Matt Childers 20-185 and a touchdown, The venerable Vincent Hobbs, despite injuries and constant double teams, has 17-141 yards and 2 TD’s.

The Buff defense is led in tackling by freshman linebacker Chris Thomas, with 77 tackles (33 solo), sophomore linebacker Chris Collins with 58 tackles (29 solo), and senior strong safety James Clark, with 50 tackles (26 solo). Freshman corner Tobias Harris has been a do-it-all star in the Buff secondary, with 6 interceptions, and also leading the Buffs in kick and punt returns.

CLOSING ARGUEMENTS- Here’s the basics. Lion fans. The Buffaloes , are inexperienced and undersized on defense, and are surrendering  almost 400 yards per game. They have thrived on opponent’s turnovers, providing their offense with a short field. The priorities for the Lion offense remain the same: 1. Protect Kane Wilson. 2. Maintain the mental focus and KEEP YOUR COOL. Walk away from the taunts and trash talk. Now it’s about winning. As I have quoted before, “living well is the best revenge.” If the Lion offense plays the way they are so capable of playing, they can win this game.

I leave you this evening with a quote from a video I post in the ETSU football group every game day. It’s the truth.

“One day, the Lion jumps up, and tears the **** out of everybody. Eats everything in his path, runs like the wind. Because, every once in a while, the Lion has to show the jackals WHO HE IS.” Christoper Walken, Pool Hall Junkies

It’s time to show the jackals from Canyon who we are. Lion fans. It looks to be a beautiful, sunny fall day in Commerce, America. See You At The Hawk.