I know, its a few days early but with us having a kickoff on Thursday night we are having to move everything up about two days so here it goes with the All Sports report doubling up as the Weekend Wire.

Huge Congrats are in order to 51 Lion Student Athletes who were named to the D2ADA Academic Achievement Award. The following student athletes boasted a 3.5 or better GPA and have been an active member for at least two years. This is so important to me was as an alum is to have not only a great football program or athletic program, but student athletes who understand they are students first and athletes second.

Once again, congrats to all the Student Athletes on this great accomplishment.

A huge set of congrats to ETSU Alum James Thrower who was inducted into the LSC hall of Fame. Thrower, class of 1970, was a three-sport athlete at East Texas State University, where he participated on the Lions’ football, basketball and track and field teams, and majored in English and physical education. 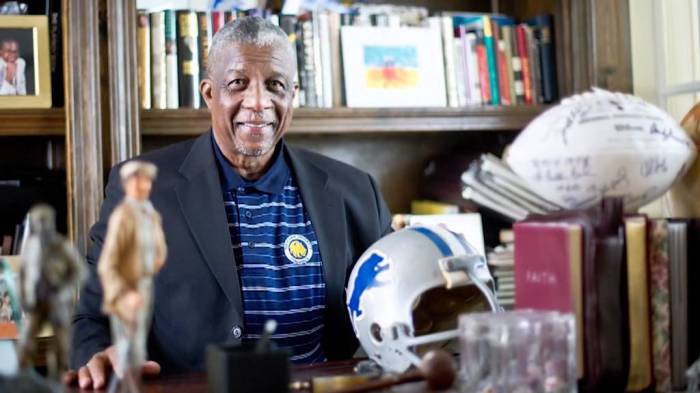 James Thrower, an ETSU standout athlete is not a member of the LSC Hall of Fame.

An Arkansas native, Thrower  came to ETSU on a basketball scholarship, but it was on the football field that he truly excelled and was a member of the Lion’s 1966 and 1969 LSC Title Teams. As a three-year starter on the football team, he intercepted 12 passes for 135 yards. He also earned a varsity letter in basketball and two in track and field as a member of the 440-yard relay team and in the high jump.

Thrower is now a successful small business owner, as he owns a Chain of Franchised McDonalds restaurants all over the United States and was also the speaker at the A&M-Commerce Graduate School Commencement this past May.

Sports Calendar for the Upcoming Week-