Sorry, no ask the opponent for this week, nor for next week either as I could not find a reliable source for West Texas, and probably won’t find one for UT-Permian Basin, so there is that. This one is to take a comprehensive look at the opponent and see how we matchup agains the Buffs. 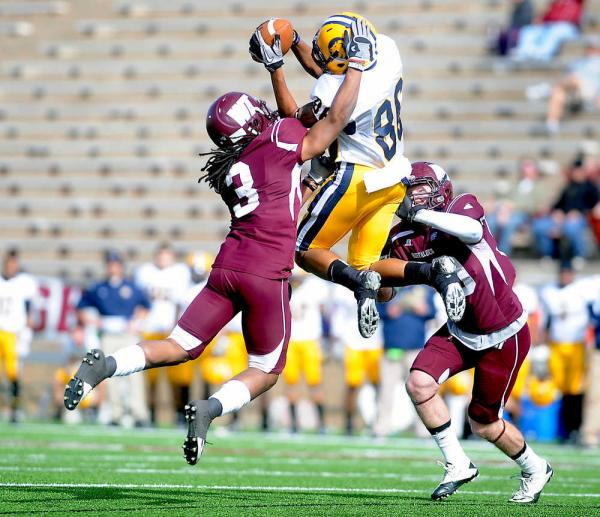 So here is some info on our opponents and some notes.

The Buffs as a Team-

WT comes off a  35-27 win over then-No. 4 Midwestern State last Saturday. It was the second win by the Buffs over a ranked team this season (at CSU-Pueblo). WT is 5-3 on the year and 4-2 in Lone Star Conference play as it sits currently tied for third in the league standings.

The Lions won the last two meetings in the series, including a 38-20 win last season in Canyon and a 48-21 victory in Commerce in 2014. TAMUC leads the all-time series 16-14 and 8-5 in games in Commerce. The Buffs last win in Commerce came on Nov. 10, 2014, with a 45-14 victory in the regular season finale that season. WT leads the series 7-6 in games in Canyon, while TAMUC won the only neutral site matchup. The Lions have won the last two meetings outscoring the Buffs 86-41 in the two meetings. Those two wins snapped a six-game winning streak by WT from 2005 to 2013. Prior to that, the Buffs had just three wins in the previous 13 meetings dating back to 1988.

Of the five LSC Players of the Week this week, the two teams combined have three with WT senior running back Devon Paye and redshirt freshman defensive lineman Gerred Johnson. Paye had a career-best 177 yards rushing on 30 carries with two rushing touchdowns and one receiving score as he earned LSC Co-Offensive Player of the Week honors. For the season, Paye has 787 yards on 143 carries and five rushing touchdowns while catching 22 balls for 251 yards and pulling in three scores.

Stats worth looking at-

The Buffs are tops in third down conversions (.479) while TAMUC is second at .463. These are the top two teams in punt returns as TAMUC is seventh nationally and leads the league at 19.15, while WT is 11th at 17.36. Hooks is fifth nationally at 19.8, while WT sophomore P.J. Leonce is seventh at 16.7 per return. Both teams are in the top three in the LSC in scoring offense as TAMUC is first at 41.0 points, while WT is third at 32.8.  WT senior running back Devon Paye leads the LSC in all-purpose yards and is 54th nationally at 129.38, Buffalo junior quarterback Ethan Brinkley leads the LSC in completion percentage at 0.658 ranking 15th nationally. Paye is second in rushing yards per game at 98.4 and Cooper is at 114.1

WT is ninth in completion percentage (0.662) which leads the LSC, while ranking 11th nationally and second in the league in punt returns at a 17.36 rate.Defensively, the Buffs are 30th nationally in defensive touchdowns with two, 13th in passing yards allowed at just 163.4 which is first in the LSC. WT is second in the league in passing efficiency defense (116.00) and fourth in total defense allowing just 367.0 yards per game.  Individually, Junior Daelin Young leads the team with 8.5 tackles for loss (37 yards) and 4.5 sacks, (27 yards) while senior Rashawn DuPree leads the team with two interceptions on the year. Young has a team-high 51 tackles with 38 solo stops. Senior Davontae Merriweather is second in tackles with 49 and has 6.5 tackles for loss on the year for 31 yards. Sophomore L.A. Dawson leads the team with two fumble recoveries. Senior kicker Conner Hollabaugh is seventh all-time in scoring outright with 221 career points. He needs 31 points to tie Eugene “Mercury” Morris (1966-68) for sixth all-time with 252 points.  Sophomore wide receiver/return man P.J. Leonce ranks seventh nationally in punt returns and second in the LSC at 16.7 yards per return, while returning one punt for a touchdown at UT Permian Basin (9/18).  Junior quarterback Ethan Brinkley’s 1,608 passing yards this season gives him 3,765 for his career.  Junior wide receiver Junior Pome’e has come on as of late as he has recorded all eight of his touchdown receptions in the last four games and recorded a career-best 124 yards on 11 catches and four scores at Oklahoma Panhandle State . He has 31 catches for 421 yards and eight touchdowns this season to lead the team.