The American Football Coaches Association released their top 25 pre-season poll and they have the Lions at # 9, the highest ever pre-season ranking since the coaches poll started back in 2000. This is a pretty big deal to come out ranked in the top ten, and one thing you notice is that the Lions and Indiana College are the only top ten teams that did not win at least 10 games. Poll after the 5 thoughts. 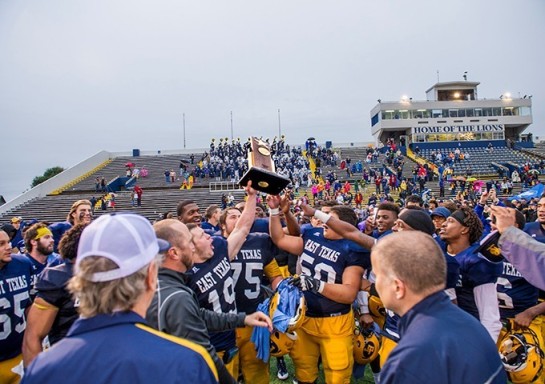 Will a top ten pre-season ranking have the Lions hoisting their third straight LSC title in as many years?

Here is the Poll.