While the 2017 schedule has only 2 new opponents on it, the schedule has the Lions playing in some pretty tough places this year. Road trips to the tougher half of the conference will be a true test as one would expect that Midwestern and Kingsville will be tough, but Tarleton and West Texas will be improved and better than last year, not to mention the season opener. So let’s rank ’em easiest to toughest.

Jewell is coming off a tough year and next year will probably be heading either to NCAA Division III or will be in the NAIA. This one should be a pretty big blowout. The home opener and really I do not see WJ staying within 30 points of what should be a stacked Lion team. 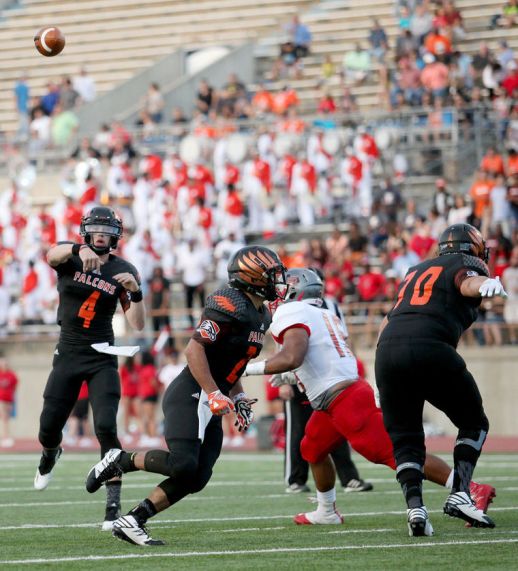 One day in the not too distant future, UTPB is going to be an integral part of the Lone Star  Conference Football scene, but for right now, they are going to be fighting an uphill battle. The Falcons are a totally different animal at home, they play much tougher in Odessa, but with this game in Commerce expect the Lions to be head and shoulder above the Falcons in this one. It is also Senior Day, and those games have been very fruitful and usually routing the other team is a part of the festivities. UTPB is going to get there, just not this year.

Last year after a very hard loss, the Lions travelled to Silver City and played a game of cat and mouse to only beat WNMU by 14 points. Not an impressive win, but I believe you will see a tougher and more mature Lion team when the Mustangs come to Commerce. It will be Homecoming also. Western graduated a lot of players and this is going to be another game that I expect the Lions to win big, however Western has some athletes on offense coming back so I do not expect it to be a total cake walk. If the the Lions are playing good football though, it probably won’t be that close. 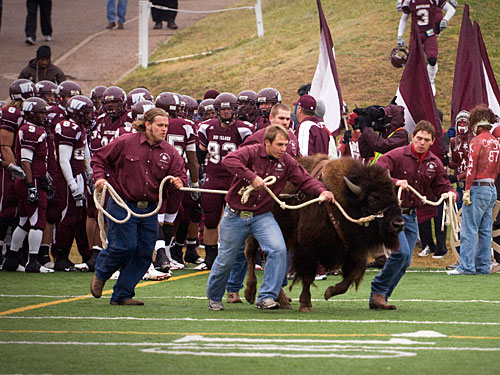 This is one I really had to kick around, but we have shown that we can win in Canyon, and really this game will not be easy given the nastiness of the rivalry as of late, but WT has a new coach and is basically rebuilding their program from scratch. Last year the Lions embarrassed a young WT team and the trip to Canyon is not nearly as scary as it used to be. I hope the Buffs can have a better year this year because we need all teams in the conference to be strong, but every team has growing pains with a new staff. WT will be no exception.

Angelo had a losing season last year and a young team, especially on offense. They turned the ball over a lot and their defense was suspect at best. The game being in Commerce I see this one being one of the tougher home games but that is not saying much given how weak the rest of the teams coming to Commerce for a visit this season are. ASU will not be a pushover. Will Wagner has his team playing hard at all times. It won’t be long before they are back to being a tough squad, and I believe they could very well be on their way to that this season. Angelo is still Angelo.

Tarleton has a lot going for them. They were awful two seasons ago, but they will have a renovated stadium, and they had a winning season last year. TSU is going to be up for this game. They have not forgotten how badly they were embarrassed the last time the Lions were in Stephenville. They will be amped for this game, but again, the Texans are still a team that is climbing slowly back to upper part of the pack. Still, on the road, rivalry game, and a Trophy game is all you need for a tough outing.

This is my favorite game that we play. ENMU runs the wishbone/option and we run the air raid. Two completely different offenses, but man both are fun to watch. Last year the Hounds did not fare well against the Lions but make no mistake about it, they are by far the toughest home game we have. Josh Lynn is a fantastic coach and they run the football better than just about anyone we face. The Lions better be ready to defend an offense they see little of and be ready to score often and early to put the game away.

Ahh, the fighting Maskills. It would be easy to say this might be the toughest, but two things play a part in this. One, we had no business losing last year. We were up 13 points with just over 4 minutes to go and had played very well against a good team. They did not win it, we lost it. And if this Lion team is going to be pumped and wanting to taste revenge against one team it will be MSU. Last second losses to them have been the bane of our existence the past 3 seasons, and it is time to win a big one on the road. With the anxiety of playing this game and also the fact it is played in a stadium with not a whole lot of fire in it. Still, this one is going to be a tough one.

The Hoggies really believe they should have won last year, despite the fact that they knocked a snap out of place and had an officiating crew that was just waiting for the teams to turn it into a fight. Either way, there is going to be a rocking crowd in Kingsville. TAMUK looks at 5 straight losses and does not like it, and they feel the same way that Commerce fans felt about 4 years ago, that they were on the upswing and could beat anyone. This one might determine the Lone Star Conference Championship. Game will be very tough.