A lot to get to day, so we will start with some really cool news. Luis Perez was featured in Dave Campbell’s Texas Football by being named the 37th “Most Important College Football Player in Texas.” The list has 50 names on it and for Perez to be on it is a big deal in a state full of fantastic players and programs. Here is a snip from the article-

“To think that Perez has been playing quarterback at a high level for just a few years shows just how much room he still has to grow. His accuracy (62.7 completion percentage) is solid and Perez has shown the ability to take care of the ball after throwing just five interceptions in 389 attempts. He isn’t much of a dual-threat – but with his size (6-foot-3, 220 lbs.) and effectiveness in the pocket, he doesn’t need to be.”

As the Men’s Track Team took home a Lone Star Conference Title, I thought it would be a good time to run down the Men’s Sports and how they did this year. 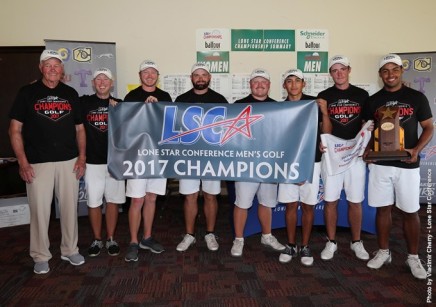 This year has been one of the best years for Texas A&M-Commerce Athletics in years from a top to bottom standpoint. I give the credit to our dearly departed former President Dr. Dan Jones for hiring Ryan Ivy, and then hiring Tim McMurray when Ryan left for Austin Peay and all the subsequent hirings of the coaches and the focus on recruiting. It is great to see not just football thrive but all. Have a write up for the Ladies by week’s end after I do finish researching their seasons in all sports.