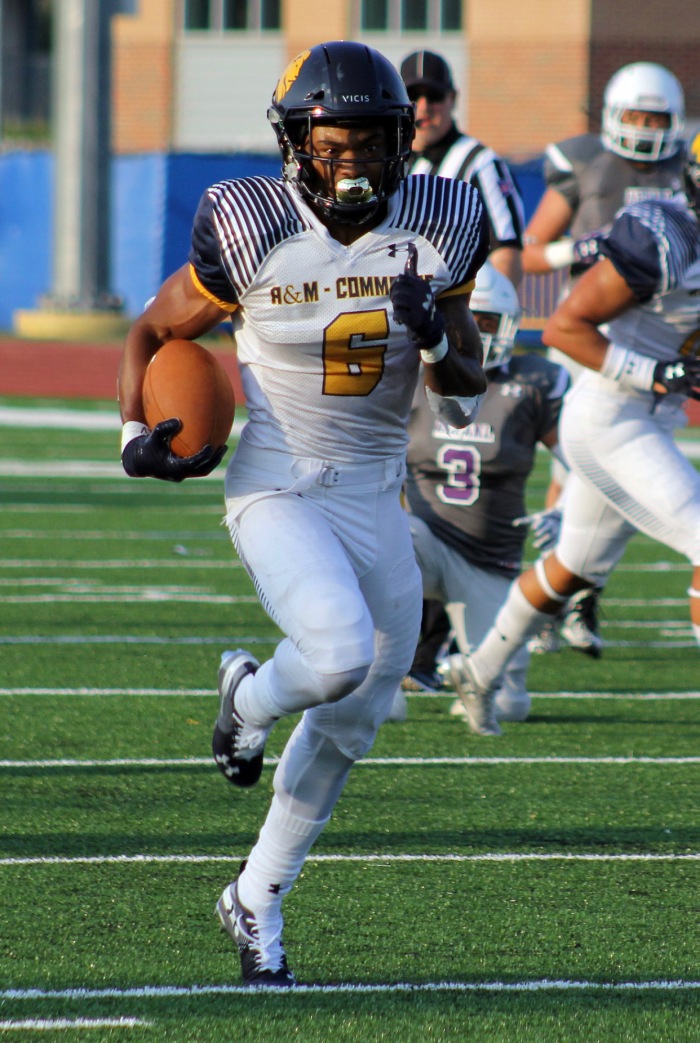 LOOKING BACK-The Lions came out on top of a hard fought 34-27 game with Western Oregon. We got a first look at the offense under Billy Riebock, and, while it is different from the pass happy scheme we as fans have become accustomed to,  the Lions struck an almost perfect balance between the run and pass. EJ Thompson paced a rushing attack that totaled 184 yards and 3.7 yards an attempt, which was invaluable in controlling the clock and wearing down the Western Oregon defense. Miklo Smalls showed off his passing accuracy, completing 22 of 31 passes for a 74% percentage. The touchdown to Chance Cooper was with a defender in his face, yet delivered an uncannily accurate pass. The most important statistic was ZERO TURNOVERS. This is the kind of offense, while not flashy or producing big numbers,  will produce something far more important-wins.

The Lions offensive line will be bolstered this week by the return of 6’1″ 290 lb. red shirt sophomore center Travis Dafft from injury. The line has done an excellent job so far opening up running lanes for the backs, and keeping a clean pocket allowing Smalls to work his magic. They’ll have their hands full against a smaller, quicker, Greyhound defense.

The Greyhounds are led on defense by junior linebacker Lamontre Huval, who has 19 total tackles, with 8 unassisted, followed by red shirt junior linebacker Noah Sweitzer, who totals 16 tackles, 10 solo. Junior strong safety Vincente Walker contributes 13 tackles, 7 of which are unassisted.

The Greyhounds, while seemingly undersized, are very quick and like to swarm to the ball. The Lion offensive line will have to be at their best to make a way for the backs and receivers.

MOVERS AND SHAKERS-The Lions were led last week by junior running back EJ Thompson, with 83 yards in 17 attempts, adding three touchdowns. True freshman Spencer Long and junior transfer JT Smith have been a pleasant surprise, allowing the offensive staff to keep the pressure on the defense with fresh legs that possess  different skills.

The Greyhound defense on the back line, in addition to the aforementioned Vincente Walker, are also led by senior free safety Ricky Barfield. They are a ball-hawking group that likes to turn the opponent over, providing the offense with a short field.

VERY SPECIAL, INDEED-Jake Viquez did a masterful job last week, converting on both his field goal attempts, and once he abandoned the rugby style punt, averaged 40.5 yards per kick, with a long of 51 yards.

Junior Justin Manyweather is the Greyhound punt returner, but was limited to two fair catches last week. Sophomore running back Dexter Carter serves as the kick returner, with 3 for an average of 19.3 yards per return.

FINAL ARGUMENT-The Lions, for once, have the size and speed advantage this week,  but the Greyhound are very quick and like to take chances. Their run defense is an area that the Lions could exploit.

The Lions have a real opportunity to open conference play on a winning note. It is by no means a certainty. In 2018, the Lions won a hard fought 21-11 victory that was a nail biter. This one looks to be just as touch.

See You At The Hawk.