Some new preseason polls have come out that affect all Lions athletics. So lets get to it.

With preseason defensive MVP Vicky Back tabbed as a favorite, Neil Piper’s Lions are looking to grab their 2nd Conference Championship in 3 years. HC Piper on the preseason selection.

“It’s nice to be selected first, but you have to go out and prove it,” This is a very difficult conference to play in and any of the top teams could have been placed in this spot. We expect a tough challenge from every team we play We return a great core of players from last season and we have added some good young players to our team, but we will be different from last year.”

Here is how the LSC Teams are tabbed to finish.

The Lions open their season at Florida Tech on September 2nd.

After a 15-14 season, Craig Case’s squad is picked to finish 8th in the conference. Somewhat low but the Lions have not won a Conference Championship since the 90’s. Here is HC Craig Case on the poll and his thoughts on the upcoming season.

I think we have an improved team this year that will be pretty strong, I think we will be very competitive this season, and this poll goes to show how strong our league is.  Every night, you can expect to have a battle and that’s also the best part about being in the Lone Star Conference.”

Lady Lions open the season September 2nd down the road in Denton at the Texas Women’s Tournament.

Men’s team is picked 3rd and the Women are picked 4th in the preseason polls. Coach Ross Smithey had the following thoughts on the upcoming season:

“Our cross country programs have shown steady improvement over the last few years and we are going to continue that trend this year. Both teams are young but talented, Coach Jacob Krolik is doing a great job with our distance program. There is a lot of positive energy and we are getting better everyday.”

Both teams open the season in Dallas at the Dallas Baptist Patriot Invitational. 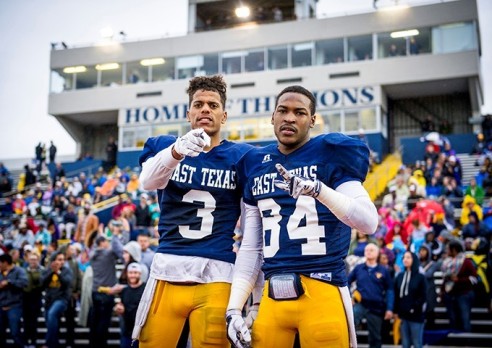 Lance and Buck don’t agree with d2football.com, and neither do we.

D2football.com has never been kind to us in polls, but keep in mind, it mainly media heads. Of course they have Midwestern ahead of the Lions in the polls, in fact MSU is almost top ten, while we are barely in the top 20. They also have us picked as 2nd place, and barely 2nd place. Either way, the folks over there are not fans of me and the feeling is somewhat mutual, though there are good guys over there and Joe Price, the LSC blogger is a smart dude and knows the conference well. Here is D2football.com’s national poll.