Do you what makes me not yawn? Coach K Court at Cameron Indoor Stadium. The Phog Allen Fieldhouse. Darryl K. Royal Texas Memorial Stadium. Mike Myers Track and Field Complex. The Reese Soccer Complex. Do you what these schools did to their complexes that TAMUC/ET never has? They did what Herm Edward once said to do. 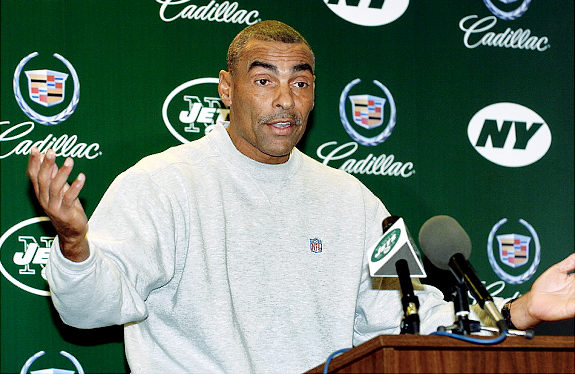 When I first had a sit down with Ryan Ivey 2 years ago, one of the things that he said he did not want to see much of anymore was an institutional look and feel to the athletic facilities. What has been done to the facilities from an esthetic point has been great, but the names need to be added to facilities. I know the athletic department has a rule about either a former President or a large donor has to give money, but I just wish that we would plaster the name of some of the greatest alums and coaches the school has ever had and give us the identity we chase and looking to fully identify. Being a man of ideas, I propose the following with no compromise, this is just the way I think our facilities should be named: 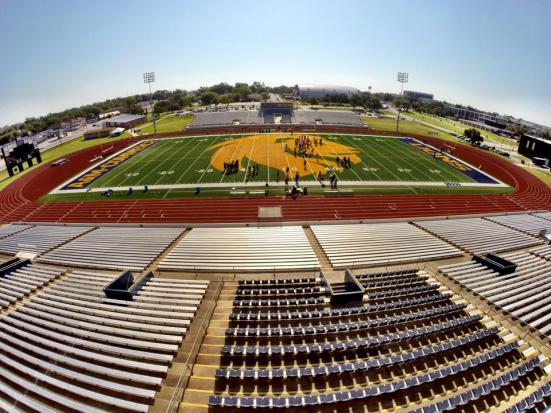 The Reason: No man has given any more of his life to our alma mater and to the stands being filled up than Ernest Hawkins. It is not just the 21 years he spent as head coach, but the previous 6 where he was an assistant, and the countless hours he has poured into the school and community after he retired as head coach. He still sees former players, mentors coaches, and is a visible part of the program. He arrived in Commerce in the late 50’s. that is over 60 years of work. 60 years. He has given us two of our greatest teams and a lot of hardware, and of course, the kind of man that he is. It is time to do it. Just do it. The name honors a great coach, pays affinity to the town, and of course keeps the most important part, which is to ensure that stadium stays a War Memorial Stadium for the brave Lions that gave their lives during the Second World War. 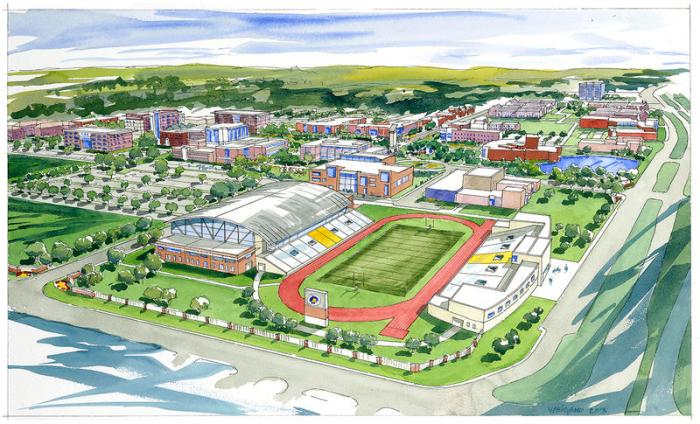 The Future Special Events Center on the left

Something that can be done quite easily and in my opinion quite appropriately is to name the new events center the Dan R. Jones Center. It is only correct and proper that the man who created the current climate that makes it necessary to have a new events center being built. It forever etches in the minds of all that see it a man who left this life and our school too soon, but did much to improve it. Now, the Basketball court should be named after Bob Rodgers, the head coach of the National Championship Men’s team in 1954-1955. Rogers put together a 111-38 record over 4 years as head coach before moving on to Texas A&M. He is also in the Athletic Hall of Fame, and it helps those visiting the new center to see that we have a tradition in Basketball as well, and the National Title Trophy should be on display entering the court. The Women’s team should have a training room named after Devin Oliver and Aubree Butts in memorium, and the 2006-07 women’s team trophy for making the elite 8 run that year, and put ALL banners related to Volleyball and Mens and Women’s Basketball inside the events center. Having something new will be better with the tradition that has been established.

Soccer Complex and The Track Coming up Next.

2 thoughts on “Home Improvement Part 5: Put Your Name on it.”