The scoreboard at Providence Park in Portland, Oregon read PORTLAND STATE-56, EAST TEXAS-35. The clock had hit all zeros, and for the final time, the gridiron warriors of the blue and gold of ET had worn their jerseys with the name EAST TEXAS strapped across their jerseys. It was the final year that EAST TEXAS would be proudly displayed. The next year, Texas A&M-Commerce would be the name of the university, and the change would be seen in the uniforms. 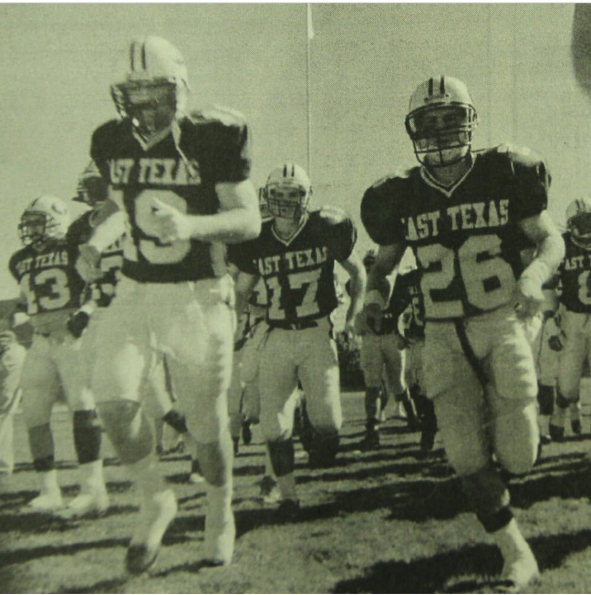 Guy Morriss was in his first year as head coach at Texas A&M-Commerce. Coming to town for the homecoming game was 9th ranked Texas A&M-Kingsville for the Chennault Cup game. The Javelinas were 5-0, while the Lions were 2-4. The Lions could very well have been 3-3 or even 4-2. They had lost a heartbreaker to second ranked Abilene Christian at the Cotton Bowl 4 weeks earlier, and then lost in a shootout at Eastern New Mexico 3 weeks prior. The Lions had started out the season 0-4 and had picked up some 2 wins, but the 2,400 fans at Memorial Stadium were not expecting a good game against a top 10 team. Morriss said that he felt the team faced an “identity crisis” with their inconsistent play. It was time to try something unify the fan base.

Then, from the south endzone, the Lion football players started chanting “ET!, ET!, ET!” As they ran in front of the fans, they flashed EAST TEXAS jerseys. Fans and alums who had not seen that in 15 years rose to their feet and cheered as the fight song played loudly. To say the fans were excited would be a tremendous understatement. The Lions led the Javs 34-21 at the start of the fourth quarter, but two late Javelina scores and a late interception by the Javs left the Lions a point short, 35-34. As the Lions faced the crowd to sing the school song with the Lucky Lions hand salute up, the look of dejection was on their face. However, after the song, the entire stadium gave the team a standing ovation for their gutsy and inspired performance. It was a performance that was inspired by something.

Despite Guy Morriss not having the results he desired, he fully embraced the ET traditions. So much so, that he did not have time to order the first set of throwback jerseys. He took the jerseys from the Scotty Conley era that had been left over, and had EAST TEXAS sewn onto them, covering where it said Lions. The fans loved it. The Lions then embraced their tradition, winning their final 3 games of the season to win the Lone Star Conference North Division Title. Morriss was named LSC North Coach of The Year, and it started a tradition.

In the Spring of 2014, Colby Carthel found the jerseys in storage and decided to throw a twist at the annual Blue and Gold spring game. The Blue Team would be called “ET” and would wear the jerseys. Former players and alums of ET loved it and a shot of Davarus Shores wearing his EAST TEXAS jersey made waves on the internet. Though in 2014 the Lions could not wear the jerseys as there not enough to dress out the entire team, that changed in 2015 when the Lions hosted Eastern New Mexico. Russell Athletic created a new set of specialty jerseys. The Lions downed Eastern 42-31 with full throwback regalia. 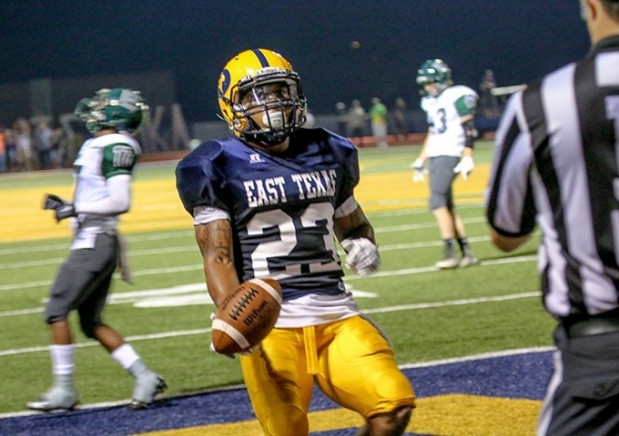 The Lions wore the ET jerseys 4 other times that season, twice against Midwestern, and once against Sam Houston State. One game gave the Lions an undefeated conference title on Homecoming 2015, and the other almost pulled an upset over # 8 ranked Division I-FCS Sam Houston. 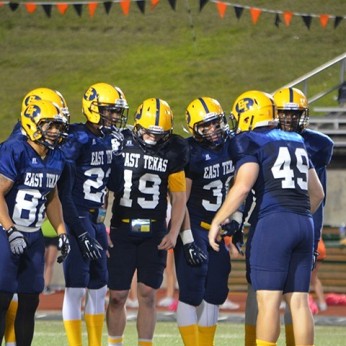 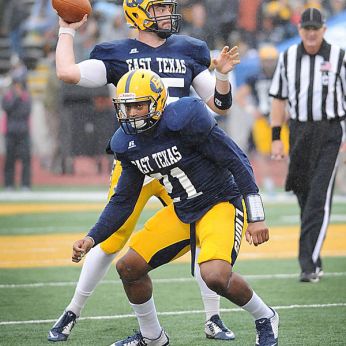 The 2015 season started a tradition of wearing the East Texas throwbacks for homecoming games. The Lions shut out hated rival West Texas A&M 36-0 in 2016 and then rocked Western New Mexico 52-3 in 2017. However, fans were disappointed when the were no throwback jerseys for the 2018 or 2019 homecoming. The question is….why stop the tradition, especially in football?

The Lion Women’s Basketball team has not. Under Armor has provided custom made East Texas throwback jerseys for the Women’s team and they have worn them multiple times throughout the season. That means a lot to the alums and players that have come before them. 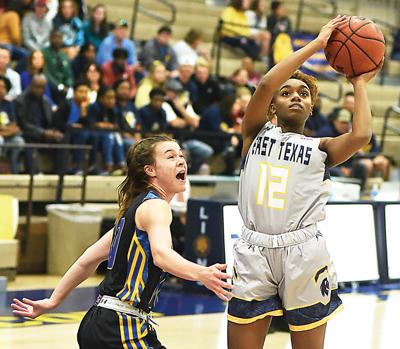 Late last season I spoke to someone close to the program asking them why they had not worn the East Texas jerseys for the homecoming game since 2017. According to this person, there was a “White out” down for homecoming in 2018 for a promotion but in 2019, the Lion football team has been given the choice as the uniform combinations to wear at home. Let me simply ask the Lion football team this one favor.

Wearing East Texas is not just something to appease the old timers and boosters. It is something that the majority of the fans hold onto. East Texas State was a unique institution and also a powerful and storied football program. Only 24 teams have played under the name “Texas A&M-Commerce”, while over 70 have played with the East Texas name. We also do not want you to feel obliged to do it, but proud to do it. If you wear a number of an ET great, like a Sam McCord, Dwight White, Harvey Martin, Wade Wilson, Kevin Mathis, Bob Bounds, Billy Watkins, Ron Trammell, or Cary Noiel, be proud to wear that and remember, protect that tradition. You have that obligation.

Be proud of that tradition, that East Texas State tradition.